Oh, haaaaaaaaaai! I’m back! Apologies being a little (okay, very) MIA for the last few months – I decided to take a little blogging break because I didn’t quite feel right posting photos of pretty dresses and ish at the peak of a pandemic. *Disclaimer* No judgement to those of you who have been creating content as I’ve loved seeing your super creative bedroom shoots, just my tiny box-sized room didn’t quite allow for that, so I decided to go completely off the (Insta) grid instead.

Anyyyywaaaay… With the importance of Black Lives Matter movement being brought to light of late, I felt now was the time to use my platform to talk about a particular type of racism which many black people have experienced: Tokenism.

Just so you know exactly what I’m talking about, tokenism is:

‘The practice of making only a perfunctory or symbolic effort to do a particular thing, especially by recruiting a small number of people from under-represented groups in order to give the appearance of sexual or racial equality within a workforce.’

This lack of racial equality is something I noticed almost immediately when I started blogging, which I initially put down to… well, a lack of black bloggers. But as time went on, it began to dawn on me that the issue wasn’t low numbers of black bloggers. It was the unwillingness of certain brands to post our content and/or work with us.

I’d privately complained about this several times, but I honestly just felt like no one cared as much as I did… so it got to the point where I just started unfollowing certain brands, some of which were my faves, because they made me, as a black woman not only feel like an indirect token on the rare occasions when others who looked like me were featured, but more often than not, they actually made me feel invisible.

My personal ‘token black girl’ experience came a few months back, when a brand (who I’d previously unfollowed because… diversity) reached out to me to create some content for them. At first, I must admit, I was pretty thrilled. Perhaps I’d got them wrong, I thought; perhaps the lack of diversity on their social media was just a coincidence… or maybe they’d stumbled across my previous blog post and realised that actually, they did have some improvements to make. So I agreed to create the content for them. And they loved it. They re-posted it to their story, told me it had received a really positive reception and said they’d ‘definitely work with [me] again’.

I remember, at the time feeling a little glimmer of hope when they featured my content; surely now, they’d start reaching out to other black bloggers and in time, come to have a more diverse brand aesthetic? So tell me why, several months down the line, I am, or rather, my neck is still the only black woman’s neck featured on their feed; a single sprinkling of chocolate in a creamy vanilla sea, occasionally broken up by some blonde, beachy waves?

I’ve thought about directly calling them out on it, but I’m not a confrontational person by nature and sometimes (perhaps too often actually), I like to give people the benefit of the doubt. See, practices like tokenism aren’t always intentional. I don’t believe all brands actively set out to exclude black women from their promotional content. But for those of you, yes, I’m talking to you, brands, who are unintentionally non-inclusive, you should ask yourselves why, in 2020 the only phenotype you subconsciously find desirable or ‘on brand’ is blonde-haired, blue-eyed and ‘non-melanated’. Why the only time you feature black girls on your feed is once every few months, if that.

Like it or not, this kind of tokenism is very much a form of racism. When you exclude certain groups from your spaces and deny them representation, it sends out a particular message. I can, of course only speak from my experience as a black woman, so to me, that message is heard loud and clear: ‘Black women are not welcome here. We don’t want you wearing our clothes.’ Okay, cool. I mean, actually…  it’s really not cool for you to be practicing subtle racism in 2020… but if you don’t want us wearing your clothes, then maybe you should stop accepting our money. If you make a point of not working with black girls, then at least have the guts to say it with your chest, so we know to unfollow you and spend our money elsewhere.

So, before you reach out to that single black girl and gift her some branded pieces, ask yourself: are you really committed to being truly diverse, or are you just trying to meet a quota? Are you likely to work with this black girl, or others who look like her again… or are you just throwing a sprinkling of chocolate into the mix for a sickly sweet tasting of performative allyship? If it’s the latter, then you either need to reevaluate your diversity practices, or  just… don’t bother at all. Because black women and girls have had several years of questioning our value; second-guessing our worth; not believing in our beauty because of your at best half-baked, and at worst non-existent, attempts at representation.

And this black girl, for one is so done with it – you can miss me with that BS.

5 Reasons why I love fashion... It's not just about wearing pretty clothes! 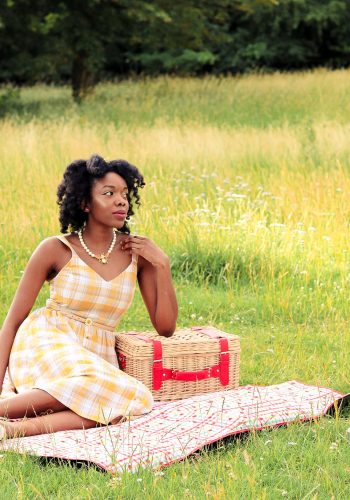 Pretty Picnic Pieces to Style in the Summer Sun 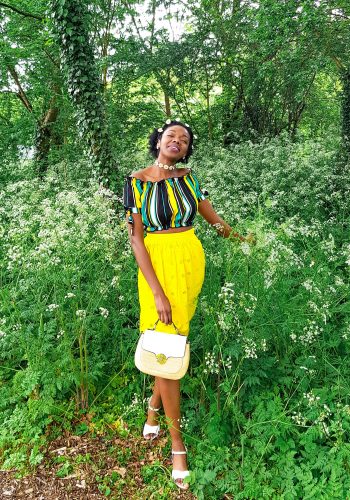 Back to Brights: The best cute ‘n colourful pieces to make your very own style rainbow… without a drop of rain in sight! ??? 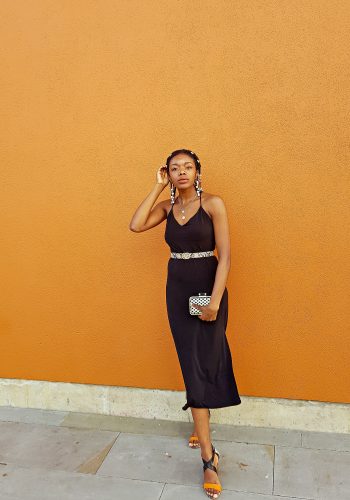 ‘Summer Sunsets’: My last official summer look, plus 10 tips to embrace your height as a tall girl/woman!